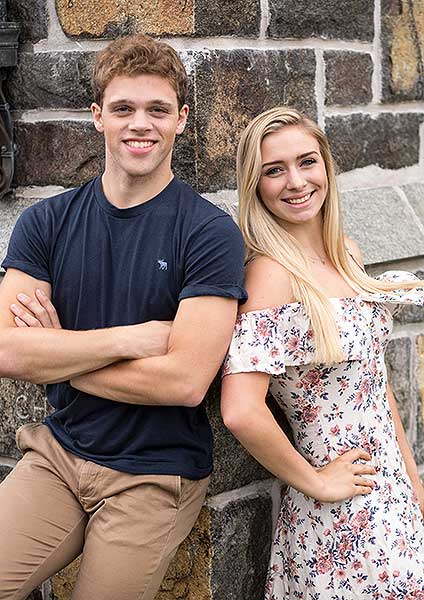 Rachel and Michael compete at the Senior level in Ice Dance and represent the Washington Figure Skating Club and Team USA. Both members of this brother-sister team from Rockville, Maryland, have been skating competitively since they were six or seven years old.

Their goal for this year is to continue to gain experience at the national and international levels and establish themselves with a successful debut season at the Senior level. Their ultimate dream is to represent the USA in the Winter Olympics.

About Rachel: Rachel started skating at age 6. Prior to teaming up with her brother, she skated with Kyle MacMillan, winning the 2009 U.S. National Championship in Juvenile Ice Dance, and the 2010 U.S. National Championship in Intermediate Ice Dance. Before that she skated with Andrew Hickey. Rachel recently graduated from Magruder High School and will be attending Montgomery College this year. She enjoys art, music and international travel.

About Michael: Michael started skating at age 7. He previously competed with Kristina Rexford, winning the Novice Pewter medal at the 2010 U.S. National Championships. He is currently a student at Montgomery College and enjoys playing guitar, international travel, skiing and pretty much every other sport.